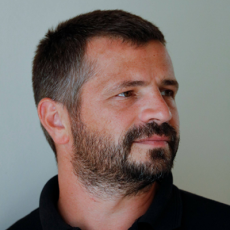 ’Tales should be told until we run out of words.’

My name is Levente Csender, I am a prize winning Hungarian author. I was born in 1977 in Odorheiu Secuiesc, Romania. I have been living in Hungary since 1991. I majored in Literature and Communications and graduated from Pázmány Péter Catholic University in Hungary in 2005. Up to last year I had mostly focused on writing short stories - my work has been published in various literature magazines within and outside the country and have been translated to English, Spanish, Slovenian, Slovakian, Romanian and Bulgarian. A fair number of short stories have also been adapted to radio. I have published six volumes of short stories and most recently a children's book titled 'The Adventures of the Peculiar Meditittimo', a book about acceptance via the adventures of a little prince living with autism. Curretly I am working on a play set at the beginning of the 20th century in Hungary. Besides being an author, for 8 years I also worked as a professor of literature. Owing a lot to my mentors I also consider talent development a top priority. I am a member of the League of the Hungarian Transylvanian Authors and the Hungarian Writers' Association, in which I have also been elected as the member of the board since 2013.