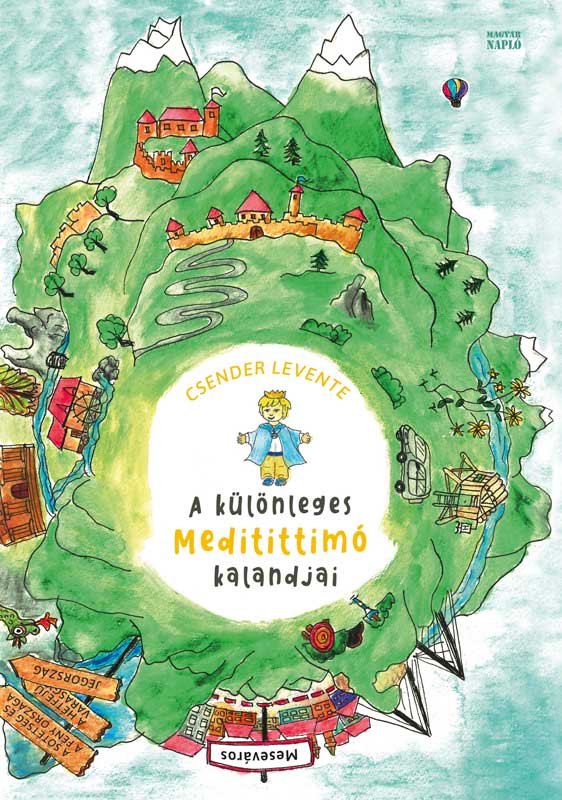 
In the first storybook of the award-winning novel József Attila József Csender (1977), two worlds live side by side: one takes the peculiarities of autism from Prince Meditittimo natural, the other focuses on its shortcomings instead of accepting and helping, and seeks to change the boy into his own image. The former is a world of children and fairy tales where horse-drawn carriages, dragons and talking animals occur, and the latter is our world today, where cars, GPSs and iPhones, mostly delivered to tesco homes, are a reality. The writer of Transylvanian origin excitingly presents this duality: he lives with the traditions of Hungarian folk tales, but at the same time he is not afraid to reach for modern tools. He apparently plays the tale and reality against each other, but the solution lies precisely in the approximation of the distance between the two worlds: the oppressive things that exist in reality are personified in the world of the tale to become more acceptable once they take shape. The only question is whether Meditittimo and his associates should continue to face the expectation of overcoming distance from them, or our willingness to create a world in which we will also move toward them. With the help of the tale, the writer invites the reader to this common journey. The adventures of the special Meditittimo are for all children between the ages of 8 and 12, but as a helping children’s book, it also encourages adults to accept.

The adventures of the special Meditittimo were inspired by the writer’s son with autism. It was released in 2019 and was worth three editions in the year of its release. It has been translated into Korean, Romanian and Polish, and is currently being used as a musical fairy tale, opera ballet and radio play.